This is the fourth in a series of twelve articles. Each article discusses in detail a technical or non-technical tip for doing live streamed musical performances. This article discusses Tip 4 ‘Use Immediate – NOT Scheduled – Facebook Live Streams'.

1.   what I refer to as ‘immediate’ – this is where on the Facebook Live stream setup page you select ‘Go Live Now’ (see Image 1)

Note: ‘Go Live Now’ is confusing. Selecting it does NOT initiate the live stream. It means that the live stream will be initiated when you click on the big blue ‘Go Live’ button on the bottom left. This confusion, in my opinion, is poor design and reinforces my conclusion that Facebook Live was never designed for what it is currently being used for – live streaming musical performances to dozens, hundreds, and even thousands of viewers. It was designed for users with smartphones on vacation live streaming, for example, walking through a park in Paris to friends and family back home. It is NOT currently a professional-level live streaming service. 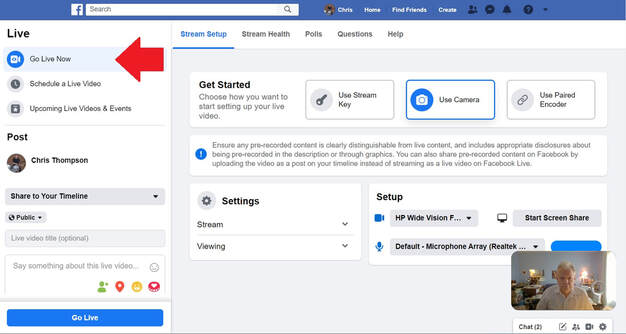 Image 1
​2.   what I refer to as ‘scheduled’ – this is where on the Facebook Live stream setup page you select ‘Schedule a Live Video’ (see Image 2) 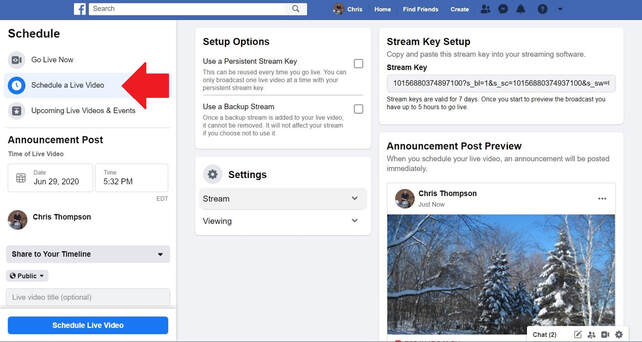 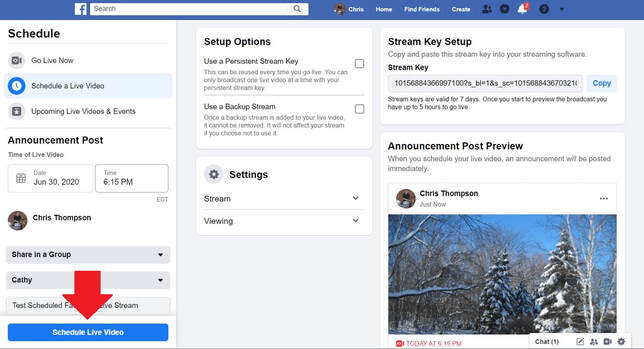 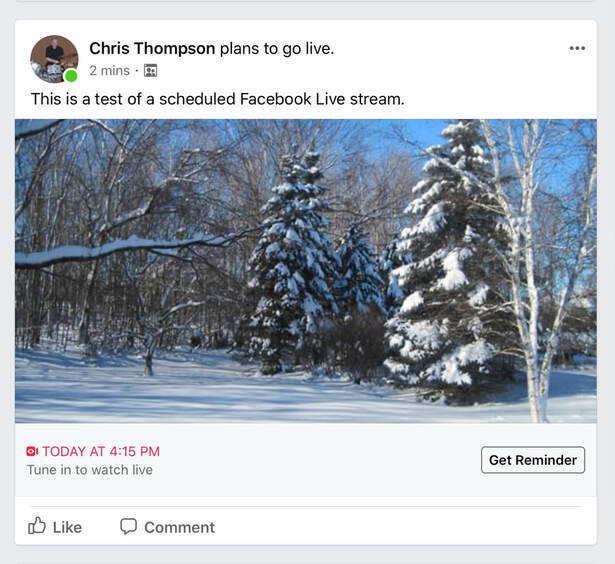 Image 4
The live stream can be scheduled minutes, hours, or days before the start of the actual live stream. The advantages of this are:


Note: An alternative with ‘immediate’ live streams is what I ask ZOLAS live stream performers to do – start the live stream ten or fifteen minutes before the show starts with a sign that says, for example, “Show starts at 7 pm” just to reassure people what’s going on (see Image 5), with some background music playing until the show starts. This lets people make sure that their audio is working before your performance actually starts. One ZOLAS live stream viewer told me “I really love the idea of starting (the live stream) a bit early, as I often miss the first few minutes trying to sort my end of things.”. 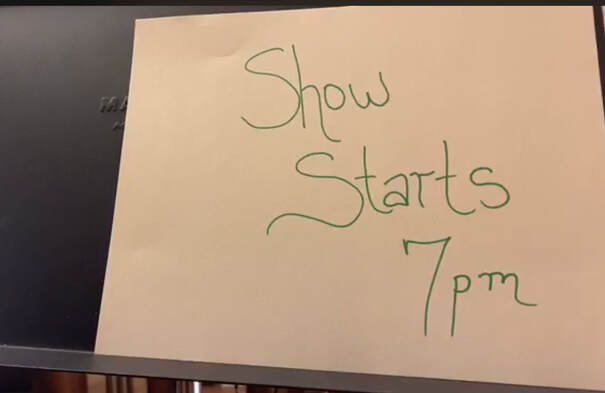 Three minutes before the scheduled start time of the live stream, the announcement post displays a minute and second countdown timer, as shown in Image 6. 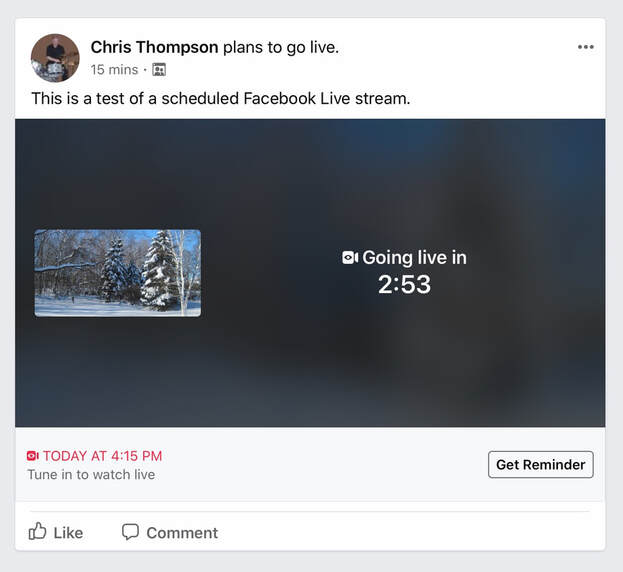 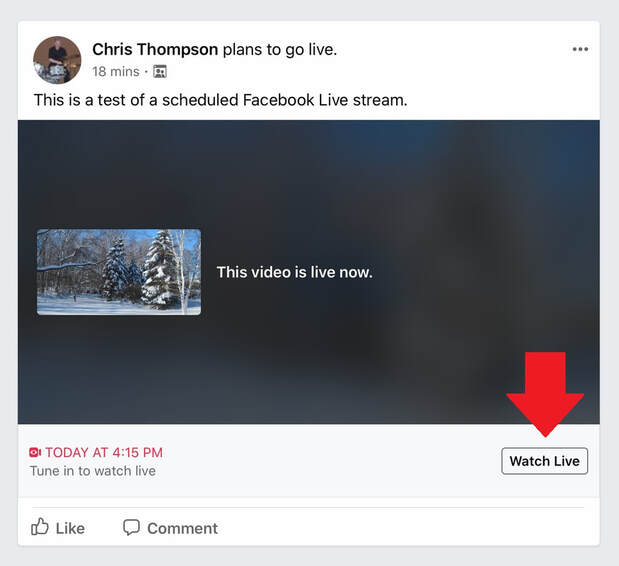 Image 7
​​Clicking on the ‘Watch Live’ button in Image 7 results in the live stream being displayed ‘full screen’, as shown in Image 8 below. 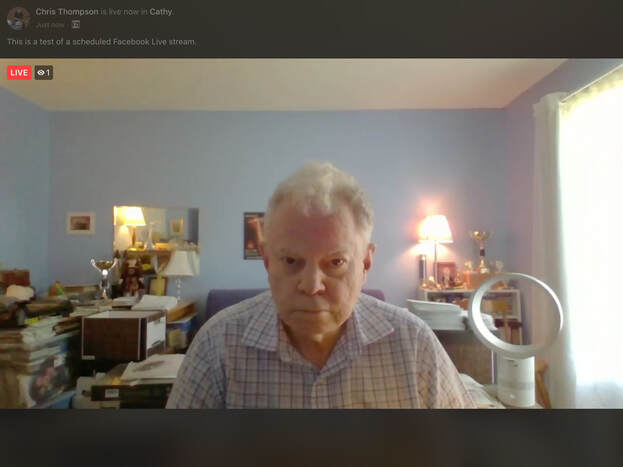 During my detailed technical investigation of Facebook Live and YouTube Live at the beginning of April (see ‘Background’ below), I encountered a number of issues associated with ‘scheduled’ Facebook Live streams, including at least one ‘showstopper’ issue:

As I indicated above, selecting ‘Schedule a Live Video’ changes the Facebook Live stream setup page significantly, as shown in Image 2 above – the right side of the page is completely different – the ‘Get Started’ and ‘Setup’ sections in Image 1 above have been replaced by ‘Setup Options’ and ‘Stream Key Setup’ sections. ‘Scheduled’ Facebook Live streams require the use of streaming software, such as Open Broadcaster Software (OBS) as shown in Image 9 below. 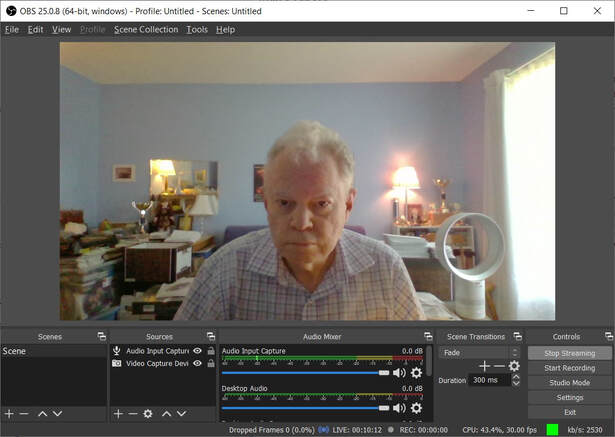 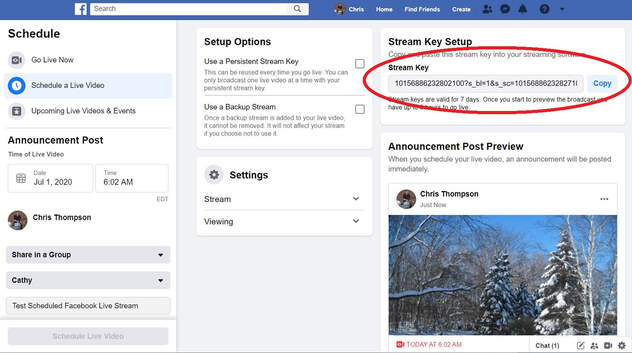 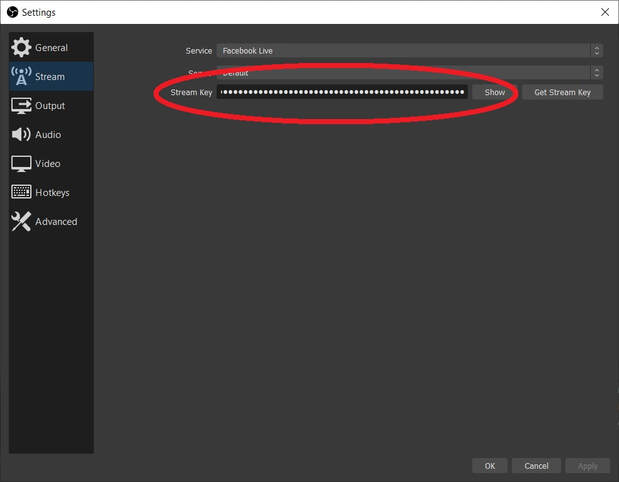 Image 11
Organizing the ‘ZOLAS Live Jazz Saturday Nights ONLINE!’ stay-at-home live stream performance series has required working with five of the ten performers in the series (at least one of them a self-admitted ‘luddite’) who had never done a live stream before and did not have technical backgrounds to get them to the point where they were comfortable initiating a Facebook Live stream on their own. This has involved at least one looong and painful Zoom meeting with each performer, just to walk them through step-by-step how to initiate an ‘immediate’ Facebook Live stream. In my opinion, the added complexity of using streaming software would have been beyond their ability. 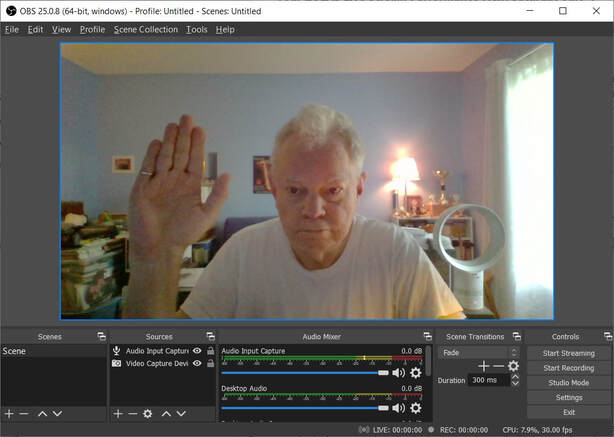 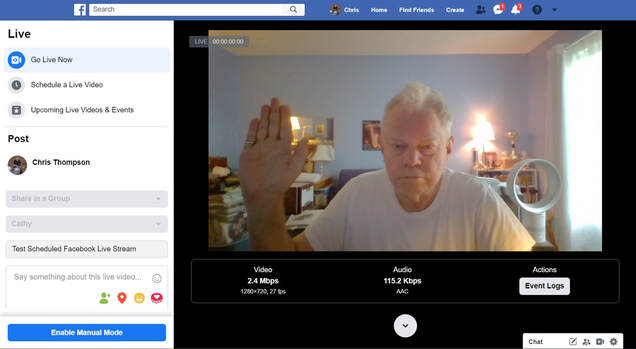 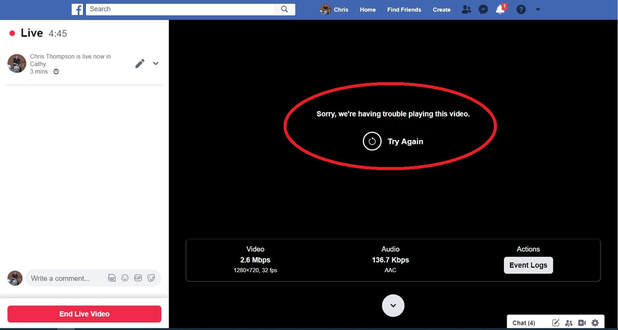 Image 14
This, in my opinion, is a ‘show-stopper’ issue. Curiously, however, when the video displayed by the Facebook Live stream setup page froze or disappeared, the video for viewers was fine (Image 8 above). 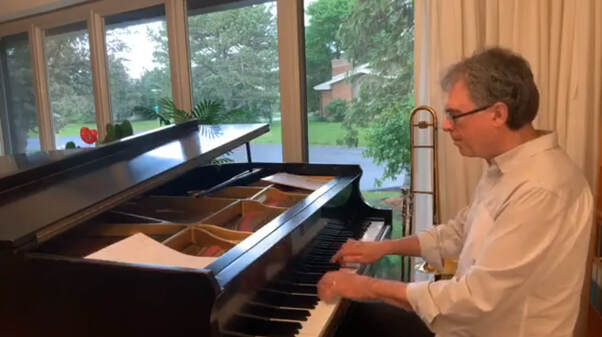 Image 15
Organizing the series includes having Zoom meetings with the performers in the series as required (some of them are self-admitted ‘luddites’, so our Zoom meetings are looong and painful, although by the end I get them ‘from zero to sixty’) to a) determine the best technical setup for their live stream performance, b) do a step-by-step walk-through of how to set up and initiate a live stream, and c) do a test end-to-end live stream. I’ve authored a detailed technical user guide ‘Live Streaming Stay-at-Home Musical Performances – Technical User Guide’ for the performers to use as a reference document after our Zoom meeting, and which you can access (read only) at this URL. Appendix B of the reference document provides twelve technical and non-technical tips on live streaming musical performances based on my technical investigation and on the experiences from the ZOLAS live stream performances so far:
​
Technical Tips
​
Non-Technical Tips