donate
Note: A charitable tax receipt will be issued for donations of $20 and over
Charitable registration number is: 853852606 RR0001 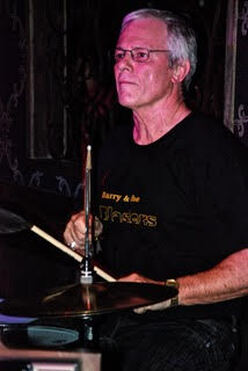 The Tim Leah Memorial Scholarship will be awarded annually to support the attendance of a promising secondary or post-secondary student at the JazzWorks Summer Camp.

Tim Leah (1948 - 2022) was an environmentalist, butterfly chronicler, activist, and passionate drummer. His career with the Ministry of the Environment spanned 40 years and included many notable achievements, such as work on the Montreal Protocol and coordination of NGO participation in the Earth Summit in Rio de Janeiro.

Tim served as President of Ottawa JazzWorks between 2014 and 2019, after which he continued as an active volunteer. Tim played drums with numerous jazz combos until the late Fall of 2021.  He was also the co-founder and long-term drummer for Barry and the Blasters, an Ottawa-based Blues band.

Tim learned to play drums under the tutelage of his mother who played piano professionally for various swing bands in the London Ontario area.  As Tim would tell it, his mother would constantly remind him to listen and “keep it in the pocket.”  In the 1960s, Tim’s parents purchased him a set of Gretsch “round badge” drums because his younger sister Diane was starting to perform professionally and she needed a steady and reliable drummer -- and a chaperone.  Tim used that set of Gretsch drums for close to 60 years.

Tim had vast knowledge of music. He was one of the few drummers who liked to know what key a song was in, and whether a “dominant 7th flat 5” might add some texture. Tim had a very broad repertoire of songs that he played but he also had the uncanny ability to identity most songs after hearing just one or two bars. He could state the band playing the song, who wrote the song, the date it was released, and he could usually name what was on the flip side of the vinyl record.

Tim was a loyal supporter of JazzWorks and he loved participating in the annual Summer camp. Tim was delighted when young musicians attended the camp. This scholarship will ensure that an echo of Tim’s presence continues at the JazzWorks camp for years to come.

Donations to the Tim Leah Memorial Scholarship are eligible for a tax receipt.