Note: Since the beginning of April I've acquired a fair depth and breadth of practical knowledge regarding live streaming musical performances, due to a) my two week technical investigation of Facebook Live and YouTube Live at the beginning of April (see 'Background' below), and b) my organizing the 'ZOLAS Live Jazz Saturday Nights ONLINE!' live stream performance series including, as required, mentoring series performers using a range of physical setups on doing live streams (see 'Background' below). Please feel free to phone me (613-692-5380) or email me (chris101t@bell.net) if you would like any advice on/assistance with live streaming your musical performance(s), as Beverley McKiver did (see below). My fee is a donation of whatever you feel is appropriate to the GoFundMe campaign for the ZOLAS series, every penny of which (after advertising expenses and GoFundMe's service charge) will go to covering performers' fees.
​
Introduction

During the last week of July 2020, fellow JazzWorks jazz camper Beverley McKiver contacted me to ask my advice regarding her Canada Council grant live streams (see below). We discussed her live streams and concluded that the best approach would be for her to pre-record them and live stream them using Facebook Premiere. We also agreed on the best physical setup for her live streams and I suggested specific equipment for her to purchase (see below). I also suggested that her Canada Council grant would make a great article for the JazzWorks COVID-19 related series of articles (http://www.jazzworkscanada.com/covid-articles.html) – the article would a) likely be of interest to the JazzWorks community in general, and to Beverley’s many JazzWorks friends in particular, and b) promote her upcoming live streams and, in turn, increase the number of viewers. Beverley and David Miller (Ottawa Jazz Happenings Editor) agreed with my suggestion and this article is the result.
​Chris: First of all, congratulations on winning a Canada Council grant! That’s an amazing accomplishment. Tell us about the Canada Council grant that you won.

Beverley: I was awarded a Digital Originals grant from the Canada Council which is intended to help artists, arts groups, and organizations adapt existing work or create new work to present online to the Canadian public during the COVID-19 pandemic.

Chris: What was your proposal?

Beverley: I submitted a proposal to compose short piano solos for each Canadian provincial and territorial floral emblem. I had already completed pieces for Ontario (Trillium) and Prince Edward Island (Lady Slipper) and had been presenting Facebook Live concerts on Sunday morning from the beginning of the lockdown in March until the end of June. This grant will allow me to compose the remaining pieces and perform them in a series of live stream performances. The entire collection will be performed in a final live streamed concert.

Chris: Tell us about your time with JazzWorks and how it has influenced you as a composer.

Beverley: I began attending JazzWorks Jazz Camps in 2012, first for the main weekend, then I added the Independent Practice the following year. I sat in on the composing workshops and in 2014 I came to the Composers Symposium. I wrote my first piece which was performed by my JazzWorks Jazz Camp combo. This led to composing a nine-part suite that was presented at Native Earth Performing Arts in Toronto in 2018. I brought some of those pieces to camp and received wonderful encouragement and advice from faculty and fellow campers. JazzWorks has played a key role in my development as a composer.

Chris: Tell us more about the live streams.

Beverley: At the moment, my plan is to present a pre-recorded concert of 10 to 15 minutes every two weeks to present the compositions as they are completed. I will introduce the floral emblems and talk about the pieces. I have always been fond of several of the floral emblems, knowing them from childhood, but some of them are unfamiliar to me. I am discovering interesting facts about them and am inspired musically by them. I will perform a final concert of all thirteen works (10 provinces and 3 territories) at the end of the project.

Chris: When is your first live stream and how can readers access it?

Beverley: My first live stream will be on August 9th at 1 pm and will be available on my Facebook page http://www.facebook.com/bevpiano/.

Chris: When will the subsequent live streams be and how can readers access them?

Beverley: Following the debut live stream on August 9th, I plan to present a concert from my home every two weeks until all the compositions have been performed. The final concert to showcase all the floral emblems will take place at a time and venue yet to be confirmed.

Chris: For those readers interested in doing their own live streams, what is the technical setup that you are using for your live streams.

Beverley: With my earlier online concerts, I was only using my iPhone 6 and the Facebook Live function to live stream the video and audio as I was performing at home. I contacted Chris Thompson for some advice and, after discussing my plans, he gave me a number of recommendations which I am following. For the upcoming concerts, I purchased a USB microphone which will be connected to my iPhone to improve the sound quality. I will pre-record the videos on my iPhone and upload them to Facebook for live streaming using Facebook Premiere. This will not only eliminate Internet issues and live performance glitches, but also give me the flexibility to preserve the video files for other uses and platforms.
Note (Chris): I suggested to Beverley that she use Facebook Premiere for her pre-recorded live streams. Facebook Live and Facebook Premiere are discussed in my June 17th, 2020 JazzWorks article ‘Live vs Pre-Recorded Live Streams – Which Viewers Prefer and Why’. I also strongly suggested to Beverley that she use an external audio source for her recordings, as discussed in my July 29th, 2020 JazzWorks article ‘Twelve Technical and non-Technical Tips for Live Streaming Musical Performances – Tip 7 ‘Use an External Audio Source For Your Live Stream’’. Specifically, I suggested that she use a USB microphone as the external audio source. I suggested the Blue Yeti, which amazon.ca sells for Cdn$179.99, because a) it’s stereo (most USB microphones are mono), b) it’s highly rated for music (example review), and c) it’s very popular among musicians. However, the Blue Yeti wasn’t available from Amazon or anyone else in time. Based on a discussion with Fleet Pro Sound & Lighting in Ottawa, I recommended as an alternative the Mackie EM-USB Condenser Microphone, which Fleet sells for Cdn$214.99 and which Beverley subsequently purchased from Fleet. To connect the USB microphone to her iPhone, Beverley needed this USB A to lightning dongle, which is available from amazon.ca for Cdn$19.99 (note that the dongle allows you to charge your iPhone at the same time that you’re using the USB microphone). I also suggested that Beverley also purchase a 10 foot female USB A to male USB A extension, to allow her USB microphone to be further away from her iPhone – here’s one that’s available from amazon.ca for Cdn$10.99.
Chris: Thank you, Beverley.

Beverley: Thank you for the great technical advice, Chris, and a shoutout to the JazzWorks organization, faculty, and friends for helping me to grow musically and artistically.
​​Beverley McKiver Bio

Beverley McKiver​ is an Ottawa-based pianist, composer, and teacher who frequently collaborates with singers, choirs, and instrumentalists. She has performed at the Banff Centre for the Arts and Native Earth Performing Arts in Toronto. Most recently, her “Odaabaanag” song cycle commissioned by Jumblies Theatre and Soundstreams in Toronto was performed at Toronto’s Harbourfront. 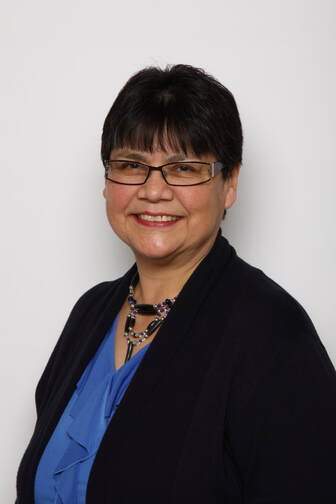 Background on the Author

Image 1
Organizing the series includes having Zoom meetings with the performers in the series as required (some of them are self-admitted ‘luddites’, so our Zoom meetings are looong and painful, although by the end I get them ‘from zero to sixty’) to a) determine the best technical setup for their live stream performance, b) do a step-by-step walk-through of how to set up and initiate a live stream, and c) do a test end-to-end live stream. I’ve authored a detailed technical user guide ‘Live Streaming Stay-at-Home Musical Performances – Technical User Guide’ for the performers to use as a reference document after our Zoom meeting, and which you can access (read only) at this URL.
Comments

Davina Pearl, 16-August-2020 - "​I very much appreciate all the careful thought that you put into your articles. It’s an amazing way of supporting our little community during these times. It’s heartening to read them, and to build hope that we will find some excellent ways to overcome the challenges of our new reality.”​

Devon Wood, 17-June-2020 - "Very interesting and relevant series of articles by Chris Thompson."
BACK TO INDEX